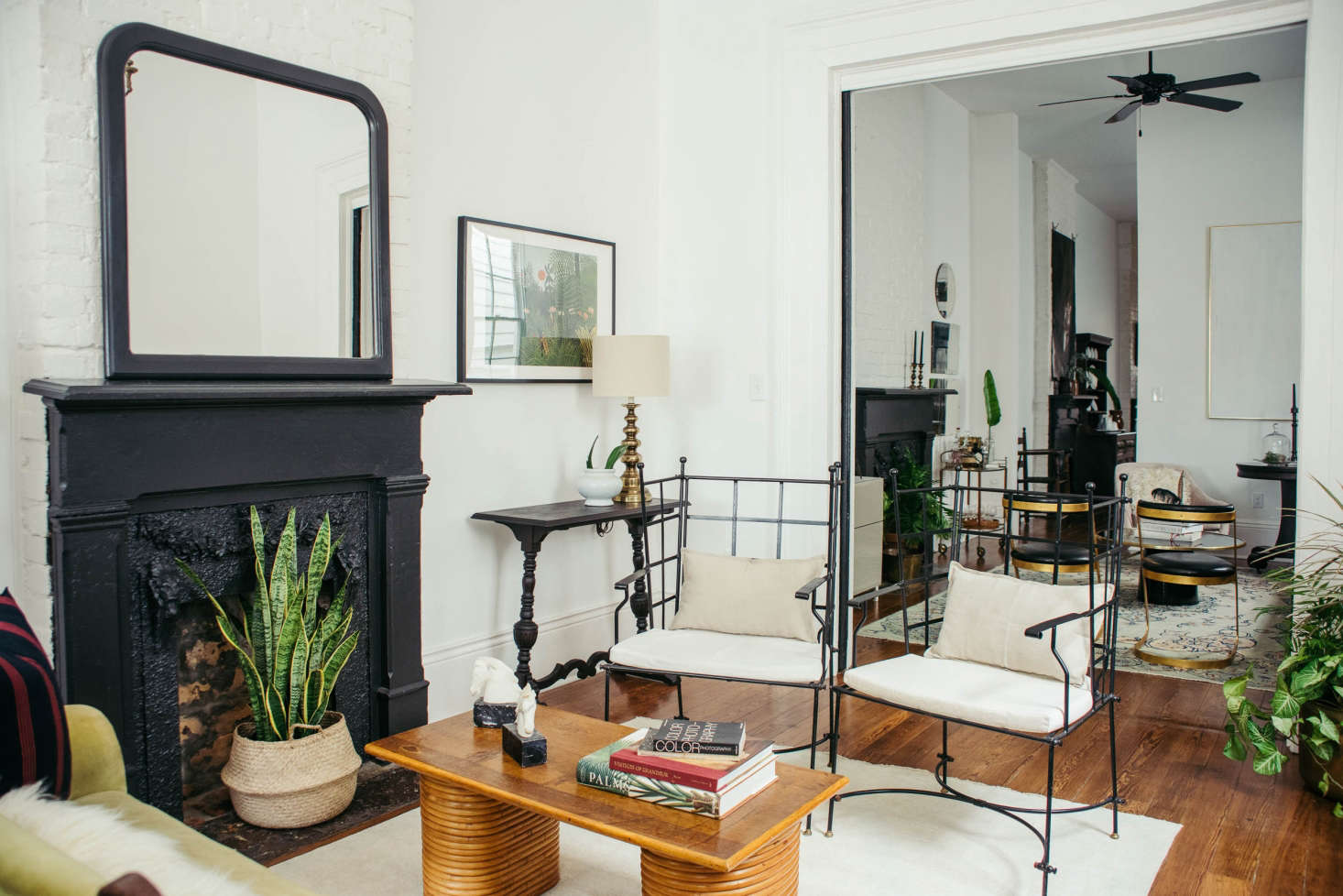 the one that New Orleans designer Chad Graci undertook for a recent project in the French Quarter ranks pretty high:

The mid-19th-century house had been purchased by a Dallas-based couple as a Big Easy pied-à-terre, a place to entertain while in town.

“The husband’s one request was that we design a spot where he could make cocktails for his friends,

so we decided to turn the old guest house into a fabulous, residential version of a New Orleans bar,” recalls Graci.

So, in the name of research, he set out to “study” the city’s most storied establishments: “A friend and I had drinks at R’evolution,

Brennan’s, Arnaud’s French 75 and then ended up at Galatoire’s for dinner—all in one night!” he recalls. “It was a very good time, to say the least.”

and custom iron étagères stacked high with cocktail glasses, is a perfect encapsulation of the house as a whole:

“Glamour with a little bit of grit,” as Graci puts it.

That patinated flavor imbues every room, with Graci leaving many of the original features untouched.

In the salon, where parts of the plaster had peeled from the walls to reveal the brick underneath,

Graci simply cleaned up the edges and re-pointed the brick; in a guest room, the old truss system was left exposed,

but updated with a coat of paint. A trip to the attic, filled with a mishmash of furnishings left by previous owners,

resulted in treasures like the portrait that now hangs over the mantle in the salon, a Victorian cocktail table, and the bar’s beaded chandelier.

Even the palette oozes local flair.

“Somehow, the dining room color story ended up being a subtle nod to both LSU and Mardi Gras,”

“It was unintentional, but it gave us a laugh!”
รับออกแบบบ้าน